The local G.A.R. was the Placerville Post No. 108. An 1886 listing shows 26 members from a variety of services and from several states. “841 model mountain howitzers designed to propel a 12-pound shot and used on the east coast during their early years and they probably saw service during the Civil War” “George was an El Dorado County native and although now dead (he was in his 80’s when he passed) he has a number of children (Harry Dean, Fred Dean, a daughter married a Larsen, etc.) still living locally. [The “daughter that married a Larsen” is Betty Linville] The Dean Family has been in the County many years and perhaps Harry, Fred or one of the others can flesh out another story.” Hill Hotel Saved from the Burning of El Dorado in 1923

“Monday morning brought apprehension and uneasiness in Placerville because with a high wind blowing there was evidence of fires in almost every direction. Very little was saved from any building that burned because once started the fire was too swift and hot. Chas. Baumgardner was one of the men on the roof of the cottage when a gable at one corner began to burn. He crawled to the burning gable, tore it loose and hurled it to the ground, but a shingle had caught fire and being without water he actually laid flat and spit out the tiny blaze and then smothered it with his hand. “And always around them was the rolling Gold Country itself, its rounded foothill creased by clear, fast creeks winding their way through a fringe of gray green oaks to the valley below. “We had heavy rains in April.” wrote George. “It is quite warm now and the country looks fine, the wild clover out and the red top knee high: The earth is robed in green and the stock is thriving wall. Cattle look fine. Though warm, it is not as hot here as it frequently is at home, and when it is as cold as it will be at anytime, the weather is about the same as it is in October in Illinois. I like the country and the climate – the grass growing, birds singing. Frogs serenading all winter long.”

“On Sunday afternoons, admitted another ’49er, the men of camp were all “affectionately drunk in the forenoon, fighting drunk in the afternoon, and dead drunk at night.” On Dry Creek were Fiddletown and Drytown, or neighboring Amador City. Among its 200 houses, Drytown had 26 bars.
Up at Fiddletown they might listen to one of the Missouri musicians for whom the town was named,
or sample a meal cooked by one of its Chinese population, the largest in any California town except San Francisco. By 1851, miners were also learning more about the gold country’s geology, and began to look up from their placers to the gold studded quartz veins of the Mother Lode itself. On a trip to Placerville, George found “tunneling all the rage”. He went into a mineshaft to watch the hard rock miners working with pick and drill by candle light, found it “quite a curiosity”. He bought two shares of stock in the company, and went back to the dry diggings. The Gridleys’ Gold Fields Diary – the 40-Mile Desert, a Barrier Without Water

“The horse they had bought at Council Bluffs died. Another had been sick on the Platte and was still lame. What if the others should fail? Finally. they reached the 40-mile Desert, a barrier without water or grass, barring the way to the cool waters of the Truckee River and California.” The Gridley Gold Fields Diary – Gone to See the Elephant!

“In 1849 and 1850, the gold fields of California were the talk of the whole country and half the world. In the streets and on the wharves of New York and New England, on the farms of the Ohio and Mississippi valleys, in Europe, South America. and China, men exchanged stories about El Dorado, “a land so rich in gold that they had but to stoop to pick up a fortune, where gold was so plenty that it was impossible to miss it” At Long Grove, our great-great uncle John Gridley just turned 19, heard the news and thought of joining the argonauts. Rush.”

George Gridley, aged 29 and brother John T. Gridley, age 21, had heard of the excitement and easy pickings in the gold fields of California, and like many young men of their day, decided to travel West with a small band of friends from their home in Half Day Illinois, to seek their fortune. Their letters home depict their rough and tumble adventures, and also give clues to the lives of those fearless souls who journeyed west to “see the elephant.” Great appreciation goes to Daniel Ray, who wrote the first six chapters of narrative and transcribed these letters in 1981. 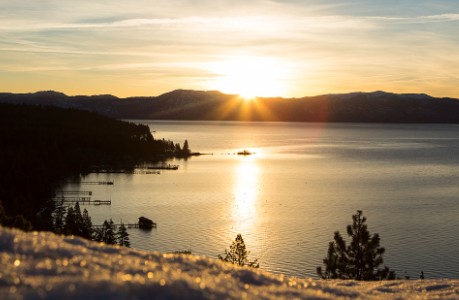 TAHOE CITY, Calif. — More than $250,000 in funds generated by the businesses that voted to form the North Lake Tahoe Tourism Business Improvement District will support events that will take place in the region in 2023. Upon recommendation of the partnership funding selection panel and the tourism development committee, the North Lake Tahoe Resort […]